Infections That Affect Kids the Most 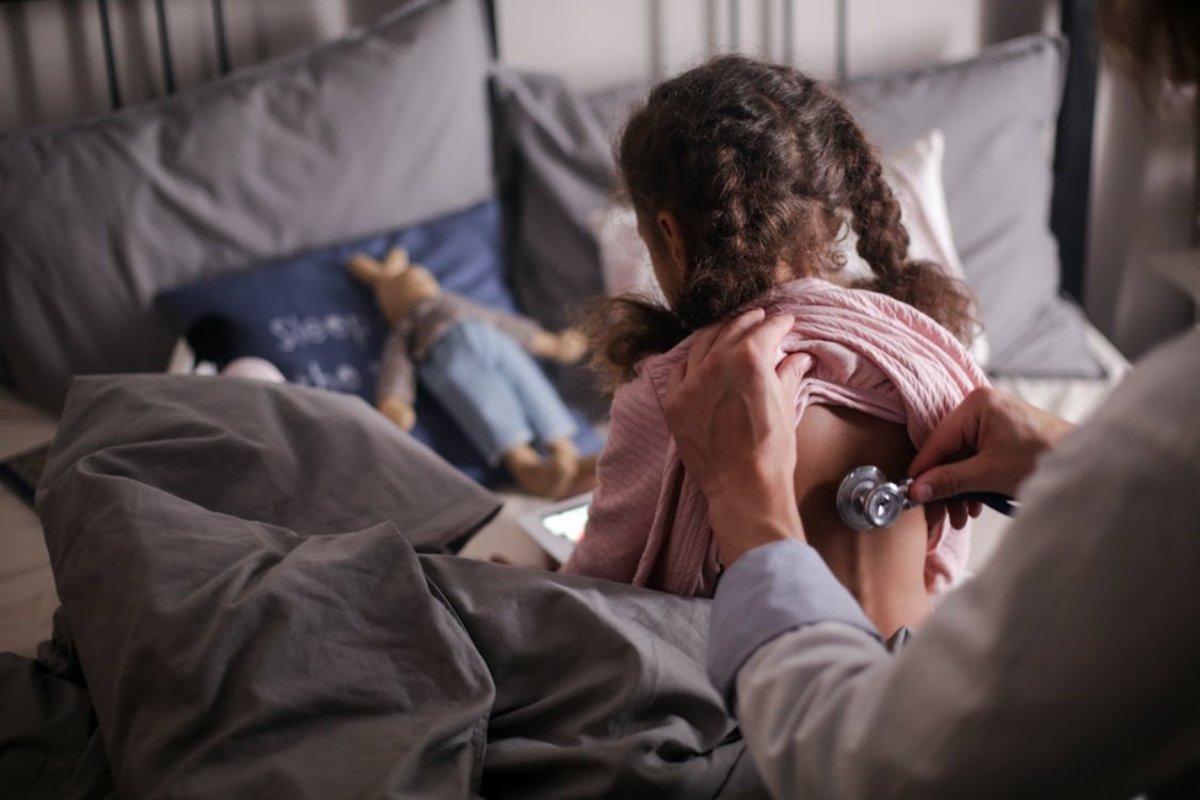 Children’s immune systems aren’t fully developed, so they’re easily infected by new viruses and bacteria they come into contact with. No matter how thoroughly you clean or disinfect, the viruses will linger. There are at least 200 types of cold viruses, and they are becoming increasingly complex as they undergo constant mutation.

In a healthy child’s first few years, they may experience as many as 12 viral infections. Furthermore, children often catch a new virus soon after recovering from an earlier one, making it appear like they are constantly ill. Continue reading this post to get an overview of the most frequent infections that kids encounter.

Children are particularly vulnerable to contracting the stomach flu. Gastroenteritis is commonly stated to as the “stomach flu.”However, it is not caused by seasonal influenza (flu) virus. Viruses like rotavirus are the most common culprits, but bacteria and parasites can also play a role. For more information on human bacteria and parasites, browse more articles on BuzzRx’s website.

Symptoms of this condition include nausea, stomach cramps, diarrhea, and sometimes a fever. The average duration of gastroenteritis is around seven days, but it can be shorter and, sadly, it might be longer.

For children suffering from the stomach flu, fluids and bed rest are the recommended remedies. A rehydration solution, which may be purchased without a prescription from any store, can be used to replenish lost fluids.

In many cases, middle ear infections clear up in a couple of days without any treatment at all. In many cases, fluid will remain in the middle ear even after the infection has been treated. Additional treatment may be needed if it persists for more than three months.

Antibiotics, including amoxicillin, are commonly prescribed by doctors and are usually taken for ten days. Your doctor may also suggest over-the-counter medications, such as acetaminophen, ibuprofen, or eardrops, to alleviate your symptoms of fever and pain.

The spread of eye infections can be rapid in a school or daycare setting, where children often touch and wipe their eyes. The most common reason of eye infections in children  and adults is viral conjunctivitis, commonly known as pink eye.

An eye infection usually takes seven to 10 days to clear up. If the doctor thinks it’s necessary, they will make a diagnosis and provide a prescription. Antibiotic eye medicines or ointments, warm compresses, and proper hygiene when touching the eyes are common treatments. In no circumstances should you ever use an opened bottle of medication or medication from another person’s prescription to treat your child’s eye. It might result in a serious risk.

Though several different viruses can trigger a cold, rhinoviruses are the most typical culprit. The common cold virus can enter the body through the eyes, nose, or mouth. Droplets in the air from a sick person’s cough, sneeze, or even just talking might spread the infection to others.

Your youngster may start showing cold symptoms one to three days after being exposed to the virus. A tickling in the throat, a runny nose, and sneezing are common early signs of a cold.  Fatigue, a sore throat, cough, headache, slight fever, muscle aches, and a loss of appetite are all symptoms that can accompany a cold in children. Sometimes nasal discharge turns a vivid shade of yellow or even green.

Symptoms often subside after a week, but this varies from child to child and can persist for as long as two weeks.

Please see a doctor immediately if the congestion persists for more than 10 days or if you also experience any of the following:

The varicella-zoster virus is responsible for triggering chickenpox. It’s contagious because it spreads through human contact with an infected host. Chickenpox is an infection that spreads quickly. Over 90% of those who have never had it will get infected when exposed to the chickenpox virus.

Chickenpox has no cure but can be managed with over-the-counter pain relievers and itching sprays. For instance, there’s paracetamol for fever and calamine lotion, and cooling gels for itching. Blisters usually crust over and fall off on their own within a week or two in most children.

While viral infections are the most shared cause of tonsillitis, bacterial infections are also a potential culprit. Scarlet fever, middle ear infection, and even rheumatic fever can develop from this infection if it isn’t treated.

Even though tonsillitis is often caused by bacteria (strep throat), it is usually an infection a kid can recover from without needing medications. Treatment with antibiotics does not alleviate the discomfort associated with tonsillitis, and most kids still experience a sore throat after three or four days.

Children are more socially active than adults, but their immune systems aren’t as strong.  This increases their susceptibility to contracting communicable infections. Although it’s hard to be around other people without getting sick, when given the proper care and medication, many illnesses are easily treatable.

Understanding GI Cocktails – What You Need to Know

What Are the 3 Main Types of Fertility Treatments?